Focus: Impact of the Pandemic on Commodity Markets 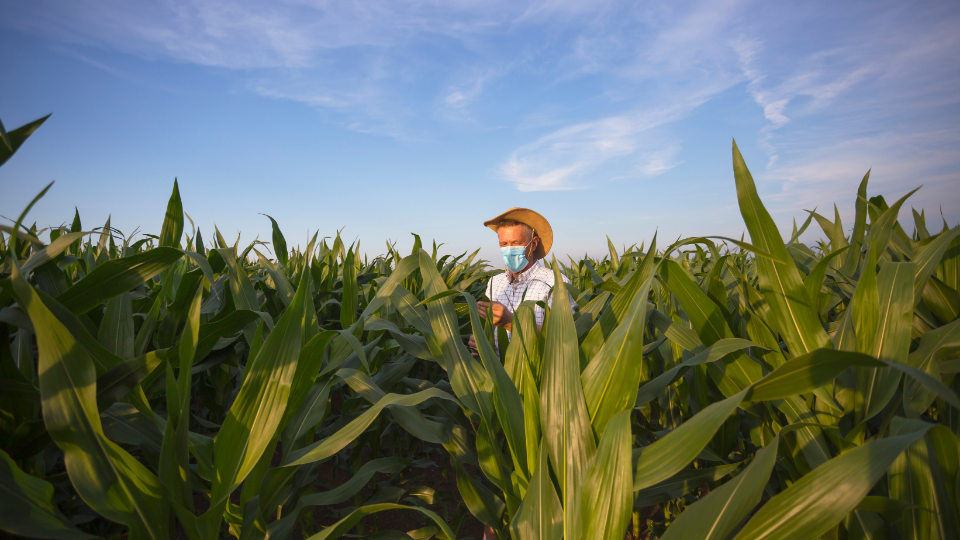 Focus: World Bank assesses the impact of the pandemic on commodity markets

Unlike the financial crisis of 2008/2009, when a deep decline in demand (and, accordingly, prices) was observed for all commodities, the impact of the COVID-19 pandemic on the commodity market was different.

If by the end of the year prices for energy raw materials are expected to decrease by a third with subsequent recovery by 10%, the cost of metals has already risen to the pre-crisis level and food prices have remained stable on average.

According to the World Bank survey, almost all commodity prices rebounded in the third quarter of 2020. In particular, the cost of oil has doubled compared to the April minimum (from $ 21 to $ 40 per barrel) but remains a third below the “pre-pandemic” level.

The World Bank expects that in the future oil prices could grow slowly to average $ 44 per barrel. A gradual recovery in demand could be accompanied by a weakening of the current restrictions on the production of this type of raw material.

The participants of the OPEC + agreement are limiting their production by 7.7 million barrels per day, and this reduction volume should continue until the end of the year. Further, it was planned to reduce supplies by 5.8 million barrels for a period until the end of April 2022. However, the conditions for the continuation of the deal are being discussed by the participants. In addition, the market may be affected by longer-term factors, such as a permanent reduction in air traffic.

According to the World Bank forecast, prices for energy raw materials (oil, gas, coal) could be one third lower this year than in 2019 (in the third quarter there was a sharp rise in prices for natural gas, they were stable for coal) and in 2021, they might grow by almost 10%.

In the third quarter of 2020, prices for non-energy commodities increased by 10% on average and at the end of the year, they could show a slight increase compared to 2019. For metals, growth in this period amounted to 20% – such a rapid recovery occurred against the backdrop of accelerated industrial production in China. As for most of the metals, the cost has already exceeded the level before the pandemic and according to the World Bank forecast, there could be a modest 2% increase in prices.

As for food commodities, prices rose by 6% in July-September 2020, with growth seen in almost all categories except cereals. This year, cereals are expected to grow by 3%, next year – by 1%.

In September, China imported more than 1 million tons of corn bringing shipments in the first nine months of the year close to the annual rate-reduced quota for the first time in history. The second-largest corn consumer in the world sets an annual tariff quota (TRQ) of 7.2 million tons on corn imports each year but has never fully used it before. China has already imported 6.7 million tons of corn this year.

China may increase its corn import quota for 2021. This could change the global grain market. According to Reuters, the Chinese government may increase the corn import quota at minimum tariffs for 2021. In September, the government set this quota at the 2020 level but due to increased demand for animal feed, as well as due to damage caused by storms and droughts, the quota could be increased by 20 million tons from the current 7.2 million tons. This quota allows corn importers to avoid paying most of the customs tariffs, which reach 65%.

The increase in corn imports will make China the world’s largest corn importer and could lead to higher world prices for corn and other grains. China is currently the second-largest corn consumer after Mexico. According to the United States Department of Agriculture (USDA), Mexico imports 18.3 million tons of grain.

If China becomes the world leader in corn imports, it could lead to changes in the global grain trade and encourage corn producers around the world to plant more to meet Chinese demand. This has already happened with soybeans: after China began to import this crop in the 1990s, farmers in Argentina, Brazil and the United States have multiplied the area under soybeans.

The aggregate annual demand for corn in China is 280 million tons and is mainly met by domestic production. So far, Chinese importers have never opted for a full annual corn import quota at minimum tariffs of 7.2 million tons. However, according to Reuters, this year, Chinese importers have already ordered about 12 million tons of corn from the United States and about 5 million tons from other countries, including Ukraine. According to the USDA, the United States has supplied only 3.7 million tons of this order so far. However, China is unlikely to refuse the rest of the order because the January deal with Washington to end the trade war between the countries suggests that Beijing must additionally purchase US agricultural products for billions of dollars.

Growth in global demand could have a positive effect on corn exports from Russia. The record was set in the 2017/18 season when Russia exported 5.7 million tons of corn.

Russia is experiencing significant competition in the Black Sea region, primarily from neighbouring Ukraine, which exports record volumes of corn for the second year in a row (more than 30 million tons) which is incomparable with Russia’s export potential. Ukraine is now the fourth-largest corn supplier on the world market after the United States, Brazil and Argentina. Supplies from Ukraine go primarily to Egypt, China, the EU and Southeast Asia. According to the USDA forecast, this season, Ukraine could export 32 million tons of corn while the United States – 47 million tons, Brazil – 39 million tons, Argentina – 34.5 million tons, and Russia – 3.9 million tons.

According to StoneX agency analysts, about 70% of Brazilian soybeans could be sold by the height of the harvest in late January. There will be no significant decline in domestic prices by this time. Soybean prices in Brazil have surpassed R $ 160 (US $ 28.61) per bag, shipped from the Port of Paranagua, as demand remains strong and currency depreciation pushes Brazilian Real prices up. According to StoneX, Brazilian farmers have already sold about 55% of the expected soybean crop which is more than 70 million tons. This volume exceeds the entire estimated yield in Argentina the third-largest soybean producer in the world after Brazil and the United States.

The European Commission lowered again its forecast for the total this year wheat harvest in the European Union estimating production at 117.2 million tons, up from 121.5 million tons a month ago.

The production of soft wheat in the 2020/21 season will be 10% lower than last year’s harvest of 130.9 million tons. At the end of May, the commission reduced the assessment of soft wheat by 4 million tons. The commission did not explain the cut in the forecast, but it followed the cut of the yield forecast due to dry spring conditions published by the European Union Harvest Monitoring Service (MARS).

Planted acreage of soft wheat in the European Union could increase this year, despite adverse weather conditions in some of the major producing countries, raising concerns about a possible suspension of planting. The improved outlook should bring relief, especially in France, the largest grain producer in the European Union, where soft wheat production has dropped by about a third this year due in part to dry weather in the spring. Consulting firm Strategie Grains estimates that the EU and UK soft wheat planted in 2021 could increase by 9% vs last year and reach 24 million hectares, driven mainly by growth in France and the UK. 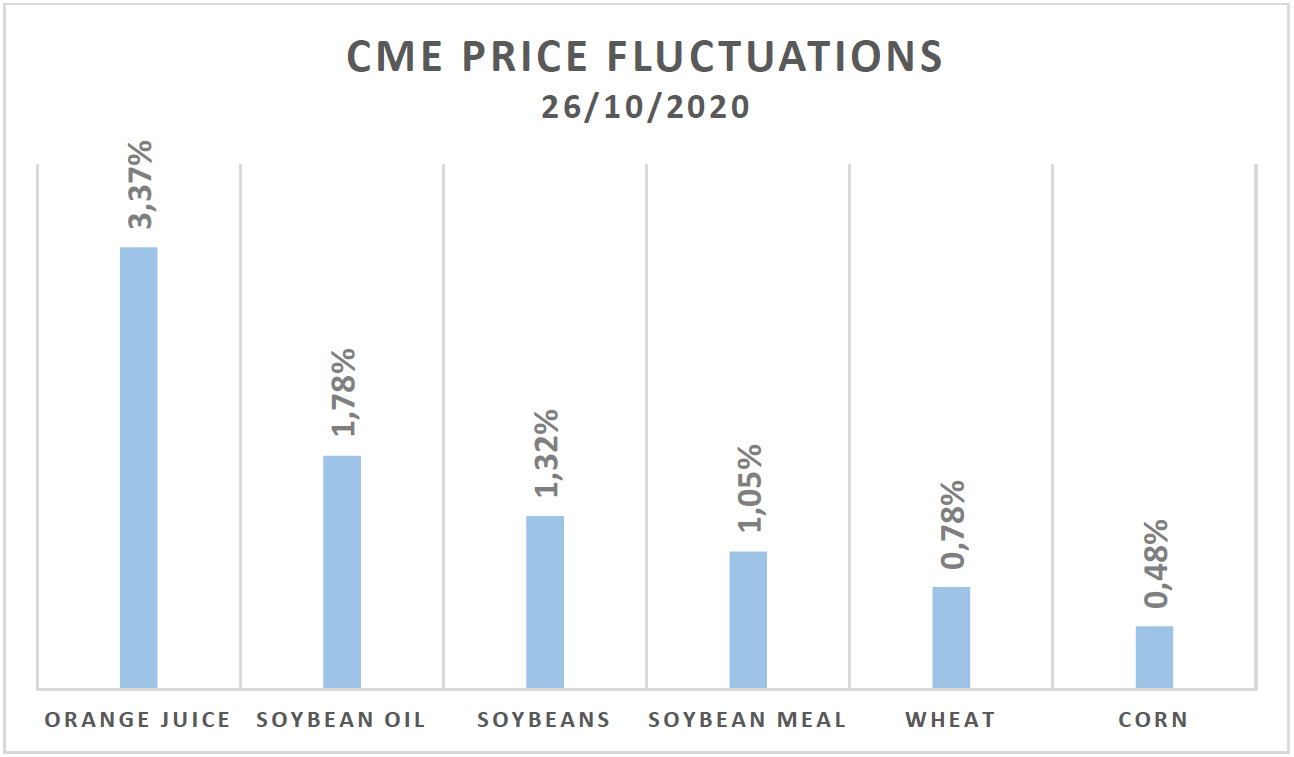 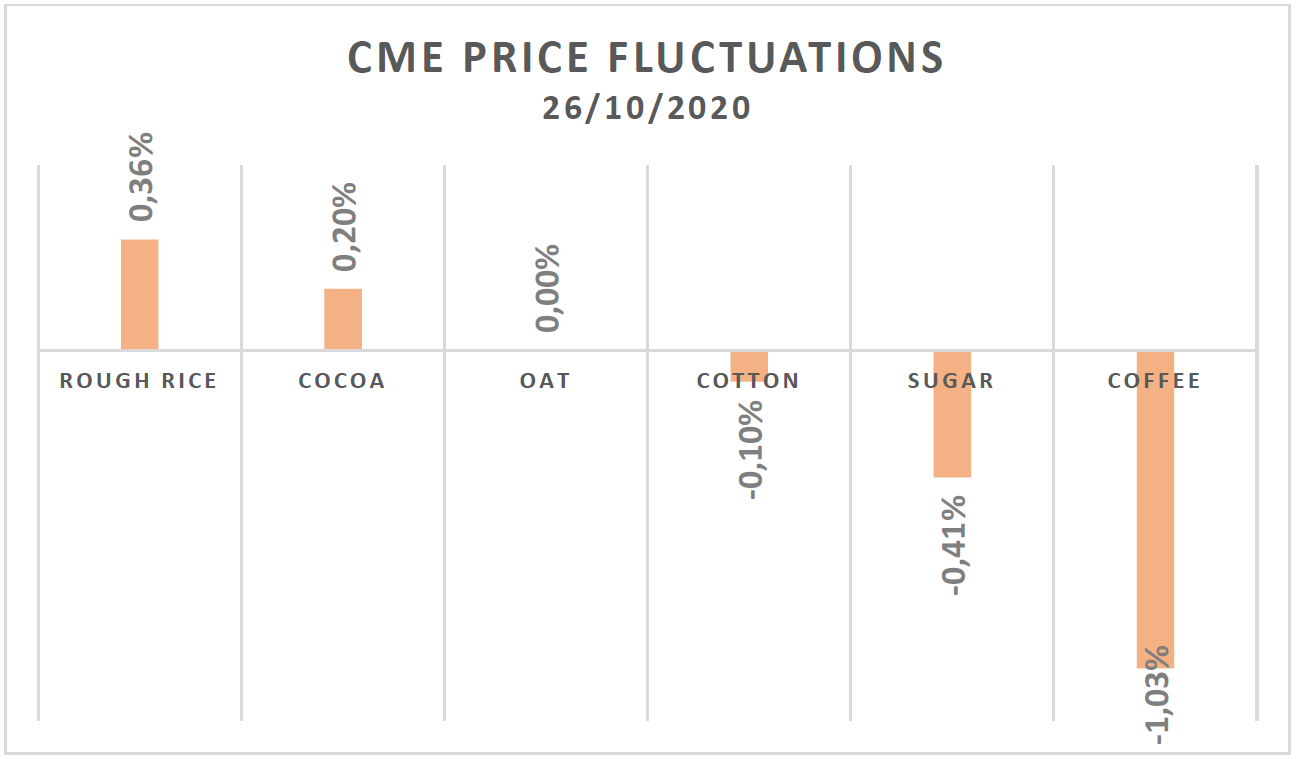 China became the main consumer of Russian meat in 2020

Russia has increased the supply of meat to foreign markets by 79% compared to the same period last year. From January to September, foreign consumers purchased products for $ 610 million. The main income was provided by contracts with Chinese partners who spent 235 million dollars on Russian meat.

Vietnam, Ukraine, Hong Kong and Kazakhstan were also in the top five consumers. Importers give preference to Russian beef. Hong Kong primarily relies on pork supplies. Russia was able to increase its indicators on such a large scale in the context of the coronavirus pandemic – its main competitors were forced to stop production.

The development of EU exports will be influenced by how the fight against ASF is conducted in Germany and other countries and whether key trading partners will permit trade with ASF-free regions of the country. Currently, the Minister of Agriculture of Germany Julia Klockner is discussing the issue of regionalization with a Japanese mission that has arrived in Germany, and negotiations on the same issue are underway with China and South Korea. Further meat prices fall will jeopardize all pork production in Germany. The average price of pork in Germany fell by € 0.20 in the first two weeks after confirmation of ASF virus of wild boars.

Until September, Germany’s share of the Chinese pork market was 14%. Now, the deficit created by the ban imposed by Beijing remains to be filled by other large players such as Brazil, the United States, Spain and the Netherlands. According to customs data, China imported 3.29 million tons of pork in the first nine months of 2020, up 132% from last year.

However, official data released by Beijing show an increase in pork production. Experts from various countries are confident that China will reduce pork imports in 2021.