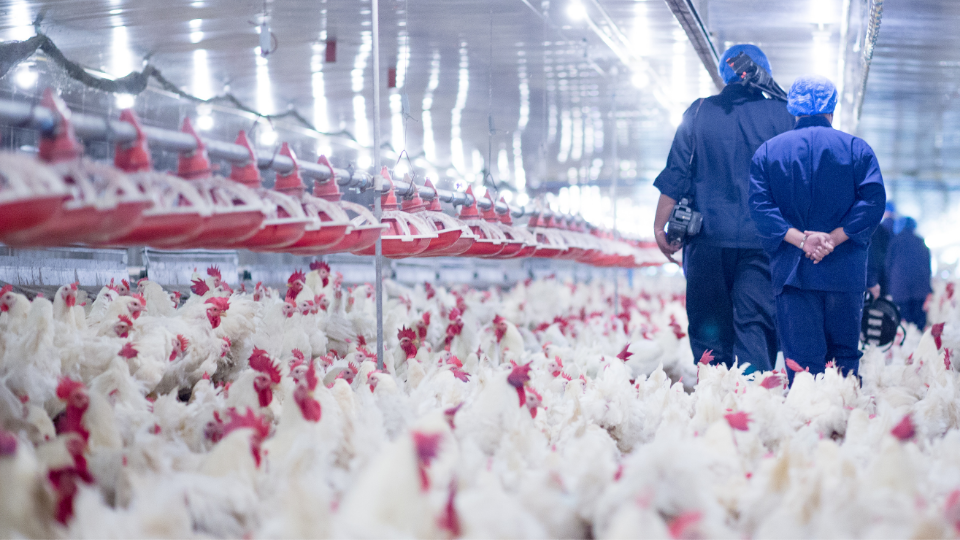 The US presidential election is coming this week. If Biden wins, the more active international trade and fewer trade wars are expected which could lead to a more efficient distribution of produced goods and resources and, possibly, a softer confrontation between Washington and Beijing.

The easing of international trade tensions could allow the agricultural market to function more efficiently. Wheat and corn prices could get some support. In the event of Trump’s victory, the tendency to high volatility could remain.

The International Grains Council (IGC) lowered its forecast for global corn production for 2020/21, reflecting worsening crop forecasts for the United States, Ukraine, and the European Union. IGC cut its forecast for the world corn harvest by 4 million tons to 1.156 billion tons.

The main support for soybeans prices was provided by the news of a major deal between the US and China, which encouraged the market.

Last year, the total amount of such agreements reached $ 1 billion. The current contract which is 5 times higher than last year has affected the market. The 11 largest Chinese companies became the main buyers of US soybeans for feed for the growing pig-breeding sub-complex of the country.

The growth of quotations was additionally supported by the weakening of the dollar against the euro, which also helped to support world prices.

According to Datagro, unfavourable weather conditions in Brazil of recent months could hinder the development of sugar cane and lead to a decrease in sugar production in the new season. 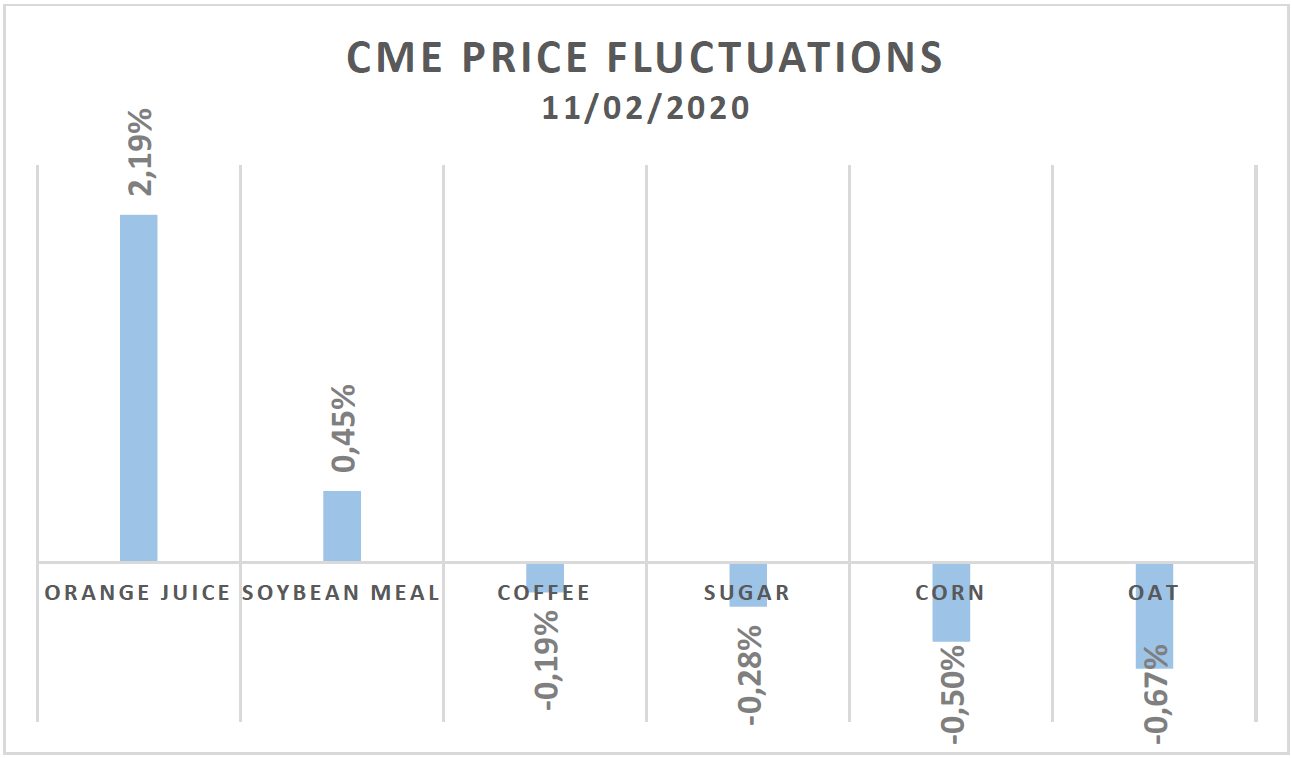 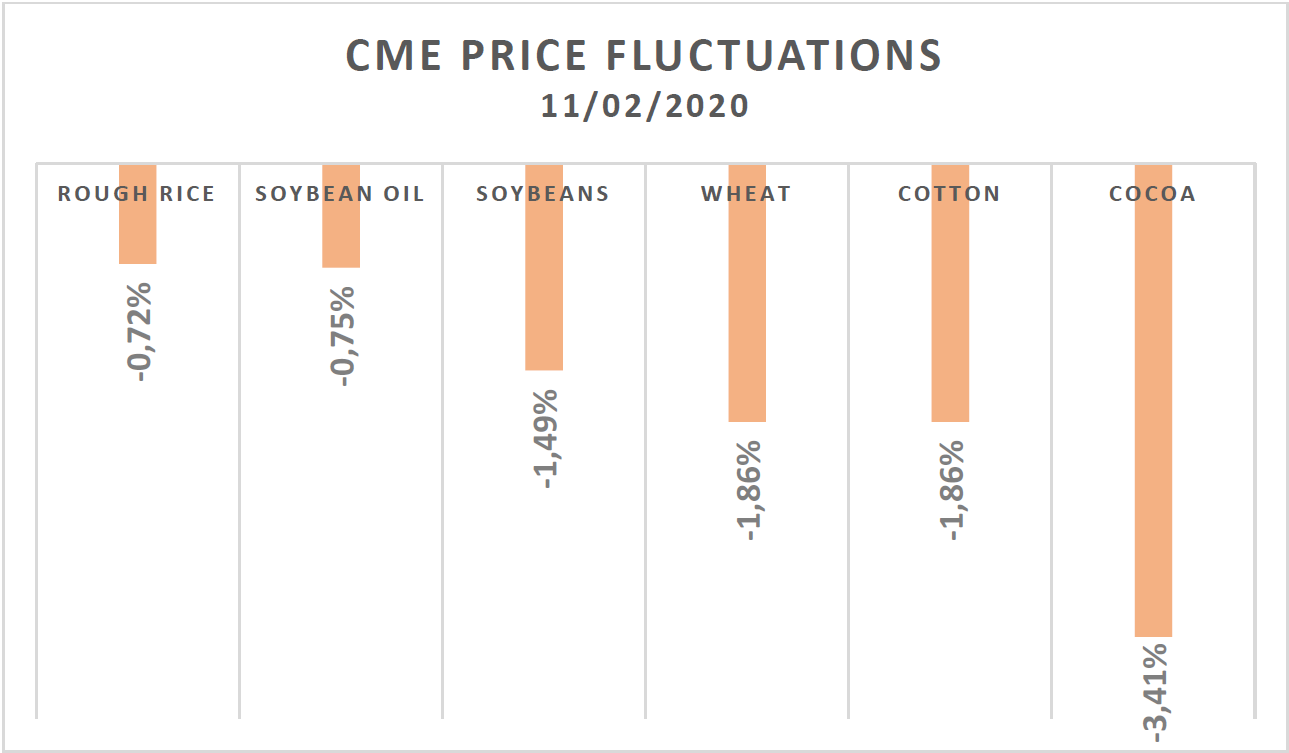 Brazilian poultry producers hope to gain access to the Chinese market following an online audit. The audit could help provide specific guidance to Brazilian growers who have been temporarily banned from exports to China following the Covid-19 outbreaks among their workers.

Chinese inspectors have not yet published an official document approving export permits for Brazilian producers. However, the preliminary findings of the audit are positive enough for exporting companies. Official approvals will be granted by China’s General Administration of Customs.

China is the main destination for Brazilian agricultural exports, accounting for 37% of meat sales. From January to September, the country imported $ 4.7 billion worth of Brazilian meat.

Recently, the rise in poultry feed prices in different countries of the world has created various problems for poultry producers. The Covid-19 outbreak caused problems, especially in the logistics and transport sectors, but now it seems that potential grain buyers in different parts of the world have taken measures and increased their purchases due to the relatively dry period in the USA and in Russia that could have a negative impact on cereal production in 2021. This problem has led to an increase in feed prices in the short term.

According to experts, while this increase brings good profits to the world grain producers in the short term, the rise in prices for finished products such as chicken and eggs, which are 70% dependent on the price of grain could reduce the purchases of such products and ultimately reduce the purchasing power of consumers in the medium and long term.

While large producers such as Brazil are trying to counter higher prices for their poultry products, this resistance could be broken over time as grain prices continue to rise. This could raise poultry issues on a global scale.
According to some experts in the second half of 2021, after the grain harvest in the producing countries of the Southern Hemisphere is over, prices could stabilize.

According to the Spanish National Association of Pork Producers, during the first half of 2020, the Spanish export market increased by 15.9% in volume and 31.3% in value. The 4.9% drop in sales to the European market is in contrast with a sharp 41.8% increase in sales to third countries (i.e. outside the EU), where China is particularly important.

In value terms, the growth was even greater. From January to July 2019, the value of pork exports to China reached 442 million euros. After the progression of ASF in Asian countries such as China and Vietnam, global demand for pork has increased due to reduced production in those countries. Covid-19 also affected exports, primarily due to the decline in freight traffic. The presence of the virus in slaughterhouses in the United States has led to lower prices and to an increase in US pork exports.