Over the past few weeks, cereal prices have risen substantially, but the prospect of record production in South America (where harvesting has already begun in some areas) has pushed prices down significantly this week with the biggest losses seen on Friday. Traders ignored the positive export sales data from the USDA, continuing to cut a historically high net long position. Corn and soybean contracts fell by more than 4% after a round of technical sales. March and May corn futures dropped to close 5.0025 and 5.0225.

The market is forced to roll back due to the reluctance of importers to buy grain at high prices against the backdrop of a strong harvest in the 2020/21 season. Pandemic fears are decreasing as the number of vaccination programs in different countries grows reducing the demand for food reserves. The current deplorable situation in Europe and Latin America is not taken into account by traders, as it will inevitably improve over the next two to three months. The wheat market retraced sharply, which makes prices rebound possible as the market is oversold.

Argentine farmers have sharply increased their sales of corn due to the new 2020/21 crop amid fears that the government may again try to restrict international sales. Argentina is the third largest grain exporter in the world. Producers sold 1.07 million tons of 2020/21 corn to exporters between January 7 and 13, up from 334 300 tons in the same period last year (according to the Ministry of Agriculture). Higher than usual sales were also motivated by high prices caused by the limited supply of other exporting countries.

Limited grain stocks in the European Union could be replenished next season due to improved harvests, but prices may remain high amid strong demand from China (according to analytical company Strategie Grains).This year, soft wheat production in the 27 EU countries is expected to rise to 129.7 million tons, 9% more than the previous year. The increase in production should outpace expected recovery in EU demand as the coronavirus pandemic weakens, allowing wheat stocks to rise in 2021/22 from very low levels this season.

In 2021/22, India expects a surplus of sugar for the fifth consecutive year as farmers expand their sugarcane acreage, aided by rainfall and government export incentives. Export subsidies for the world’s second-largest sugar producer could affect world prices. In the 2020-21 MY, the Indian Sugar Mills Association, the national industry association of producers, estimated production at 31 million tons with an annual demand of around 26 million tons.

According to S&P Global Platts Analytics, in 2021/22 MY (October-September) China could import up to 110 million tons of soybeans, which would be a record value in the entire history of observations.

As specified, an increase in oilseed imports is expected due to increased demand from the processing industry for soybean meal production consumed in the livestock sector. The country is experiencing high rates of recovery in the pig industry, and by June 2021, the pig population can fully recover and reach the level before the outbreak of ASF.

About 80% of the total imported soybeans are processed in China every year.
According to USDA forecasts, China’s soybean imports in 2020/21 MY could reach 100 million tons.

One of the main features of the current marketing year, that domestic prices are twice or even three times higher than the export prices. External factors, like the rise in world prices of soybeans and oils affect the rise in prices for sunflower seeds. 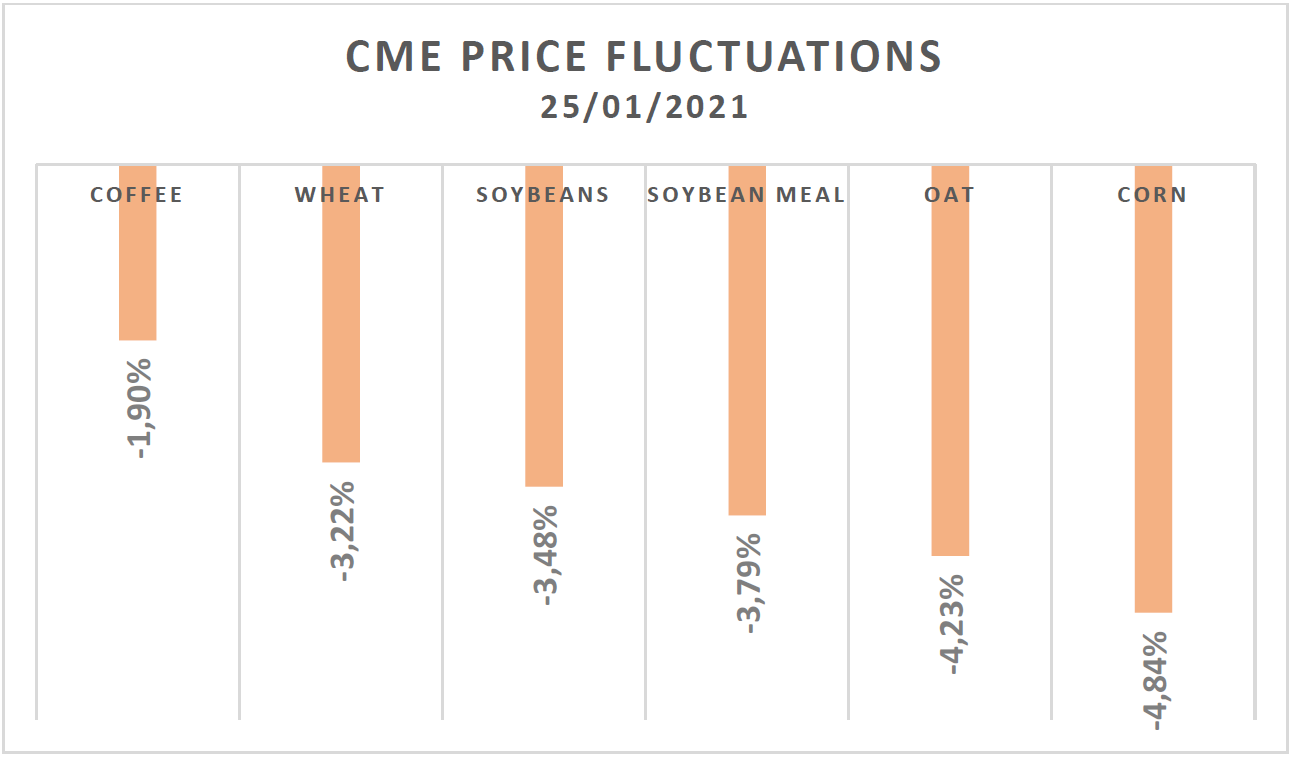 In 2020, China tops the list of the importers of Russian meat with a market share of 37%. According to the Russian Ministry of Agriculture, in 2020, the export of meat and meat products from Russia increased by 55% compared to last year. In monetary terms, exports increased by 54% to $ 860 million.

China’s first cloning pig breeding center will be built in the Chinese province of Hubei. According to Chinese authorities, the cloning technology can produce a large number of breeding pigs and accelerate the progress of their genetic improvement.

The center, which is planned to be built in the city of Jingmen, will breed valuable pig breeds, which will allow China to meet the needs of domestic pig breeding and reduce the purchase of pigs abroad.

China is the world leader in the production and consumption of pork. At the end of 2020, there were about 370 million pigs in the country. This is significantly more than in any country in the world. So, in the European Union the number of pigs reaches 115 million, in the United States – about 80 million, in Russia – about 24 million.